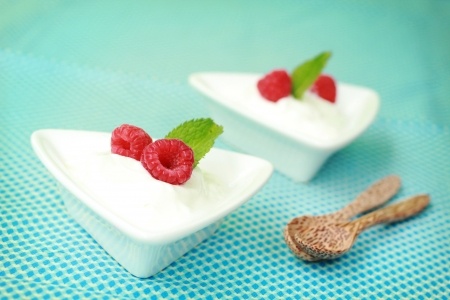 The market for Greek Yogurt. A worldwide trend.

The outlook for Greek yogurt is great. The foreign markets ask for Greek yogurt produced from Greek industries. This product is already high on the preference of Americans, Canadians & UK consumers, while China is at this moment experimenting with it.
According to recent research of company Nielsen, the success of Greek yogurt depends on three factors: nutritional characteristics, particular taste and ease / speed of consumption. Moreover, experts in the field recommend eating yogurt at all times and in various combinations (dessert, add to salads, cooking material, etc).
We should note that the Greek yogurt is not registered PDO (Protected Designation of Origin) or PGI (Protected Geographical Indication). But in Britain there is a clear distinction between the name of Greek yoghurt (Greek yoghurt) and Greek type (Greek style yoghurt) since the late 1980s, after litigation of Greek companies, and was based on legislation (national and European) on consumer protection.

USA market.
Greek Yogurt is one of the most successful entries of Greek food in the U.S. Feature of this great success is the fact that it created a whole new product category with the name "Greek Yogurt". Greek yogurt type is considered more rich and creamy than the usual American and thus tastier and healthier. Indeed in U.S. the Greek yogurt will go to school canteens as a means to combat obesity of children. Latest figures show that in a market estimated at over 5.6 billion, the "Greek" yogurt has gained share of 10 %. This percentage increases by double digits annually, while yogurt consumers have increased by 60 % over the last decade.
The premium Greek yogurt differs from plain yogurt both in price (121 % more expensive on average), and in total sales. Attributes, which this category recorded in 2010 sales increase of 160% in value and of 203 % in quantity (over 30 million units) versus 3 % rise in value and 1% rise in sales of plain yogurt.
In each case, the future bodes very positive, since the average American consumer consumes significantly smaller quantities of yogurt from the average European. Additionally, just now Americans are beginning to realize its potential flavor combinations in desserts, main course recipes, salads etc. 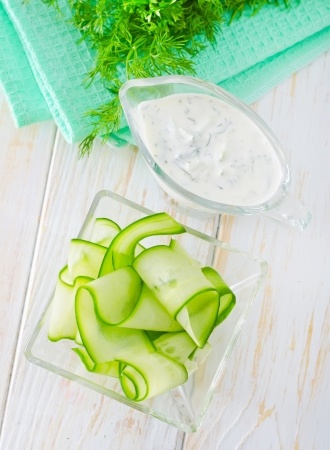 Canada market.
Among dairy products, yogurt has shown striking increase per capita consumption since the early 1990s. In contrary to milk, yogurt is an increasing trend. The reasons for the increase in yogurt consumption may be: the higher number of different yogurt products available, the greater advertising campaigns promoting the consumption of yogurt and also the fact that yogurt may be perceived by consumers to be a healthy food. The awareness that healthy food choices may lead to better personal health is promoting in general the use of healthy food products in Canada.

China market.
Consumers in China consider drinking yogurt to be much more convenient, however growth in both value and volume sales of spoonable yogurt is expected to be higher than drinking yogurt from 2010 to 2015.
Presently, dairy products consumption in China mainly focuses on liquid milk products, but yogurt consumption has been increasing with annual growth rate of over 30%; some types of yogurt have been presenting consumption growth rate of over 40%.

UK market.
In Britain major supermarket chains are preffering Greek Yogurt produced by Greek enterprises. In Great Britain the consumption for Greek yogurt type increased significantly last year (representing 11.33% of sales volume and 13.14% in value sales). Indeed Greece recently won a major victory, as the Supreme Court of Great Britain held that the term "Greek yogurt" can not bring a product not produced in Greece.