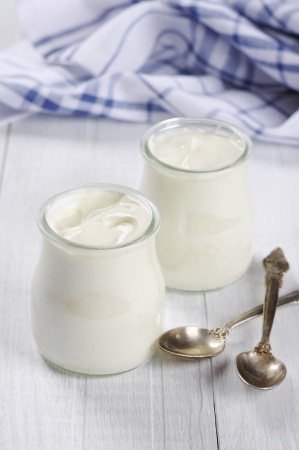 The history of Greek yogurt

Yogurt is known from ancient times , since there are reports from the historian Herodotus in 5th century B.C. and the famous doctor Galen, 2nd century A.D. There are also references to Indo culture that present yogurt with honey as the food of the gods.
After the First World War, yogurt spread widely in different countries of Europe and now has a different picture and is consumed widely. Consistent taste, quality and longer life; yogurt can be eaten alone or with honey, fruit, cereal and nuts.
Yogurt is a creamy food product made from milk. It has a soft touch with slightly sour flavor due to the lactic acid that it contains. It has a high nutritional value, it can be produced from cow's milk, sheep and yak. Cow's milk is used mainly in the U.S. and Europe, and sheep's milk is preferred in Turkey and Southeast Europe. The buffalo milk is used frequently in Egypt and India.